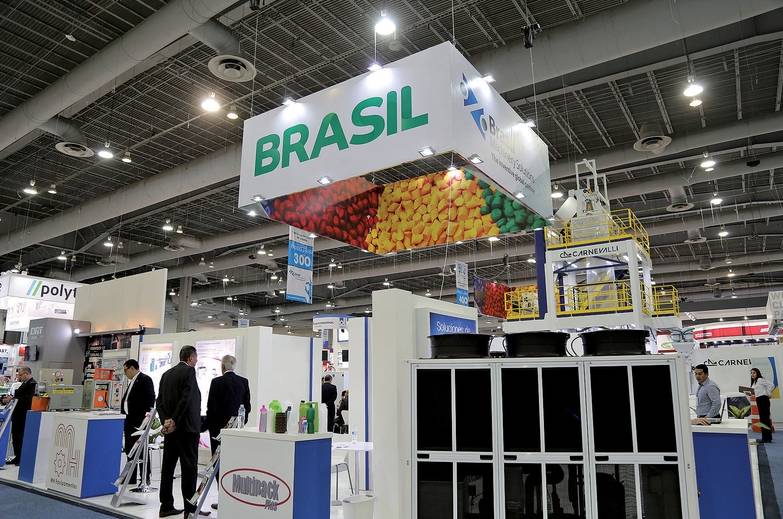 Mexico City — The dozen machine manufacturers that were at Brazil’s pavilion at Mexico’s four-day Plastimagen trade show in November did deals worth $14.1 million, according to export promotion program Brazil Machinery Solutions.

BMS said buyers from Mexico, the United States, Peru, Ecuador, Guatemala, Costa Rica, El Salvador, Honduras and Haiti either completed deals at Plastimagen or would do so in the near future.

“People think of Germany, Italy and Japan when talking about machinery for the plastics industry,” he said. “They don’t think of Brazil. But we have products, excellent products.”

Brazil’s participation in Plastimagen was important, according to Patricia Gomes, who heads ABIMAQ’s export market division and the BMS program, because, she said, “Mexico buys our machinery and equipment for its domestic consumption but also supplies the United States, the largest market in this industrial chain.”

After Colombia, Mexico was the second-largest market for Brazilian machinery and auxiliary equipment for the plastics industry in 2016, BMS said. Out of a total of $64.1 million, exports to Mexico totaled $7.9 million, 33 percent more than the $5.3 million registered in 2015. Exports to Colombia totaled $9.3 million and to the United States, the fifth-largest market, $5.6 million.

However, through October 2017, Brazilian exports of plastics-related machinery and auxiliary equipment plunged to $43.5 million, 19.9 percent down from the $54.4 million registered in the same 10-month period in 2016, BMS said in a statement sent to Plastics News.

Brazilian exports to the Mexican plastics industry in the same period totaled $5.3 million, according to BMS, 19 percent below the $6.5 million seen in the first 10 months of 2016.

Extruders and related equipment accounted for 48 percent of the value of the plastics-related capital goods exported to Mexico in 2016, Alejandro Olvera, a consultant at Brazil’s embassy in Mexico, said during a November 7 briefing on Brazil-Mexico trade. Injection molding machinery represented 19 percent of the total ,while machine parts and accessories accounted for 5 percent.

BMS could not have tried harder to draw attention to the Brazil pavilion at Plastimagen. Many visitors to the trade fair had to pass through a huge “window frame” of an advertisement inviting them to go to the pavilion in Hall D.

BMS also organized a breakfast briefing for journalists and other interested parties on the first morning of the show.

Companies participating in the BMS program are from sectors including plastics, packaging, machine tools, agriculture, textiles and mining. Founded in 1975, ABIMAQ represents 7,800 companies.

More than 30 FEVA printers were sold in Mexico, he added, 26 of them by Flexi-Vel during a previous five-year spell as FEVA’s representative.