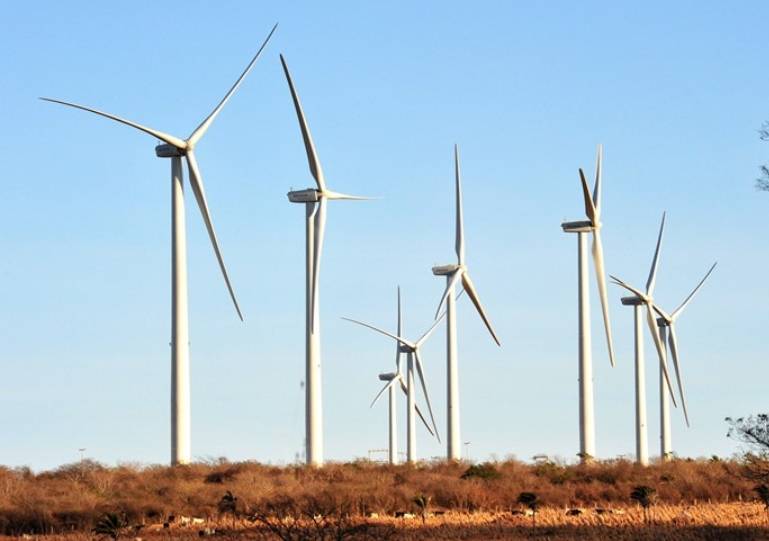 While environmental organizations present at the UN climate conference (COP27) regretted, this Thursday (10), that the presence of the fossil energy sector at the meeting has increased compared to previous editions, the Brazilian panel on renewable energies showed that the country takes the lead in this matter. “Brazil has 85% of renewable energies, while the world average is 25%”, said the specialists.

Most renewable energy in Brazil is produced in hydroelectric plants, but in recent years, wind energy generation, produced by wind, and solar power has been gaining prominence, in addition to green hydrogen, which is starting to be produced in the country.

Ariel Scheffer, superintendent of Itaipu Binacional, opened the panel on the subject, organized this Thursday (10) by the Ministry of the Environment at COP27, in Sharm el-Sheik, Egypt. He stated that the Brazilian energy matrix is a world example and underlined that the solution to the global energy crisis involves renewable energies.

“I am proud to have participated in the implementation and boom of wind energy in Brazil, which went from 1 gigawatt of capacity in 2011 to 24 gigawatt in 2022”, said Rosana Santos, PhD in Energy from the University of São Paulo (USP) and director -executive of the E+ Transição Energética Institute. Rosana said that she put the first gigaWatt (GW) into action in the Brazilian matrix.

Rosana Santos highlighted Brazil’s competitive advantage by being able, especially with hydroelectric plants, to store renewable energy – a problem for most countries -, “as well as being able to count on the complementarity between wind, water and solar energy”. But she warns: Brazil needs planning to continue “greening” its energy matrix.

Jurandir Picanço, energy consultant for the Federation of Industries of the State of Ceará, highlighted the potential of states in the Northeast of Brazil, namely Ceará and Bahia, to produce wind and solar energy, as well as green hydrogen. “It’s not enough just to invest in hydrogen, it has to be green hydrogen, clean energy, as the world market will favor more and more products with less carbon footprints”, he said.

This green hydrogen produced in the Brazilian Northeast, according to him, can be transported to countries that do not have this condition to produce renewable energy in their territories.

According to Picanço, ammonia – one of the most widely produced chemicals in the world – produced from green hydrogen in Bahia is a great opportunity for Brazil, and can be used in the transport, cement and ceramic industries, among others, to replace fossil fuels.

Demand for green ammonia as a base chemical is expected to double by 2050. The reason is that green ammonia is ideal for transporting hydrogen and is therefore critical to industry transformation and the success of the energy transition.

According to Rosana Santos, “green hydrogen represents, for the country, an opportunity to change the fundamentals of its economy”, he highlights.

In addition, “we have to change the ways we produce and consume”. “We need to decarbonize the chain down to the last piece of bread”, points out the executive director of E+ Transição Energética.

“The decarbonization agenda and the abundance of natural resources in Brazil place the country in a privileged position and reopen a window of opportunity for us to modernize our economy and start exporting – in addition to traditional primary products – green industrialized products, of enormous added value to our society”, concludes Rosana Santos.

UAE and Russia lead in the use of fossil energy

According to the NGOs present at the conference, COP27 has more lobbyists from the fossil energy sector than the combined representatives of ten of the countries most affected by climate change.

This represents an increase of over 25% compared to the COP26 held in Glasgow a year ago. The largest contingent is from the United Arab Emirates, which will host COP28 in 2023, followed by Russia.

“African countries are, in turn, represented by a handful of officials from each country,” she added.

COP27, held in the resort of Sharm El-Sheikh, brings together around 45,000 people, according to data from the Egyptian presidency, host of the event.

As in previous editions, COP27 is the stage for hundreds of meetings and seminars open to all participants, whose theme, practically exclusive, is the threat of climate change and the alternatives to face this phenomenon – in particular, the energy transition.