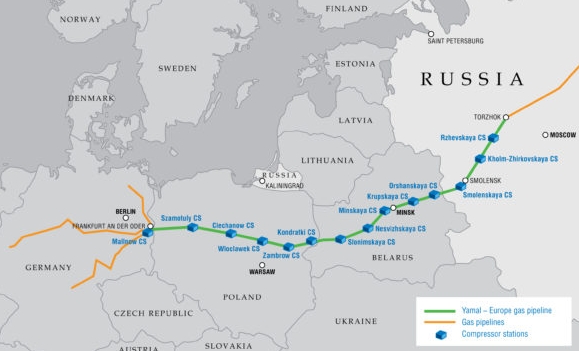 Amid a serious escalation of the Kremlin’s conflict with the West over the war in Ukraine, Russia has started a gas war with the European Union. On the morning of 27 April, Gazprom halted gas supplies through the Yamal-Europe pipeline to Poland. The day before, the Polish state-owned oil and gas company PGNiG received an official notification about this from the Russian company. The same notice came the same day from Moscow to Sofia, according to Bulgarian gas company Bulgargaz, which received Russian gas through Turkish Stream.

The point is that the Russian company, following an order from the Russian president, demanded that the EU countries pay for gas in roubles. Warsaw and Sofia refused to comply with these conditions.

In the morning of 27 April, Gazprom confirmed that it had completely suspended gas supplies to Poland and Bulgaria “due to non-payment in rubles”.

These actions by Moscow can be called “gas blackmail”, through which Russia is “trying to split the unity of Ukraine’s allies”.

Earlier, the European Commission said that paying for Russian gas in rubles violated the sanctions imposed by the EU on the Russian Central Bank and other Russian state agencies.

Following the freezing of the Russian Central Bank’s foreign currency assets in implementation of the anti-Russian sanctions, Putin introduced from 1 April payment for gas and rf in roubles. According to his decree, European importers must transfer funds for fuel in euros to a foreign currency account at Gazprombank. The bank will sell this currency on the Moscow Exchange and transfer the rubles received for it to the European company’s ruble account. From this account, European buyers are to transfer funds directly to Gazprom.

EU and G7 countries have rejected the new gas payment option. Only Hungary, notorious for its pro-Putin views, where Orban Viktor Putin’s Moscow-backed friend is in power, has said it is prepared to pay in roubles.

Warsaw stresses that cutting off Russian gas supplies will not affect the energy situation in the country. Poland is resolutely refusing Russian energy resources. Thus, April 14, the Polish government imposed an embargo on imports of coal and coke from Russia and Belarus. In addition, the transit of these energy resources through the Polish territory was banned. The ban was envisioned by the law on countering support for Russian aggression against Ukraine and ensuring national security, which was signed by Polish President Andrzej Duda.