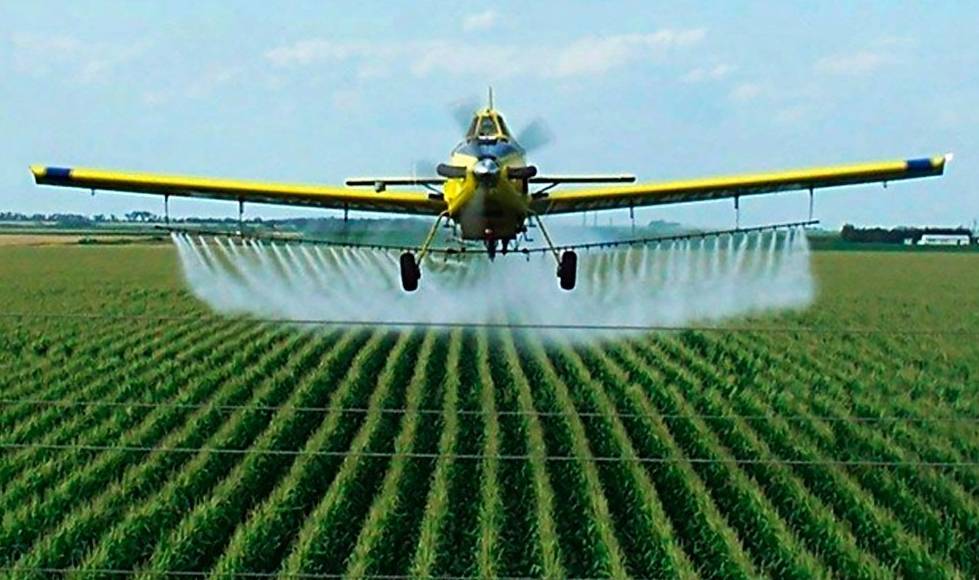 Two legislative initiatives will be submitted to the referendum at once, which actually require a radical reform of the entire agriculture of the country and the entire food production industry in Switzerland. In particular, after 2030, the use of synthetic pesticides should be completely banned in the country.

Both popular initiatives, which will be discussed, pursue a similar goal, albeit they differ in their approaches: these bills in fact require abandoning intensive agriculture and moving to more “environmentally sustainable” methods of food production

What catches the eye in the first place: the special concern of the members of both initiative committees with the problems of environmental pollution, preservation of biodiversity and supplies of clean drinking water, which should together, in their opinion, become the basis for the production of healthy and safe food. These popular initiatives are part of a package of five bills submitted in Switzerland to a federal referendum on June 13, 2021.

What is it about?

The Switzerland without synthetic pesticides initiative (Schweiz ohne synthetische Pestizidexternal link) envisages a general ban on the use of synthetic weeds, insecticides and fungicides in Swiss agriculture for the next ten years, including both private and commercial use. She also wants to ban the import of such substances.

The 10-year transition period envisaged in the draft law should be sufficient time to “adapt the food and agricultural sectors of Switzerland to the new conditions, while contributing at the same time to the implementation of measures to maintain and conserve biodiversity in Switzerland”.

The Clean Drinking Water and Healthy Eating (Für sauberes Trinkwasser und gesunde Nahrung) initiative focuses on providing the country with clean drinking water, but it also aims to limit the use of pesticides and antibiotics in agriculture. The bill proposes to “stop paying all budget subsidies to farmers who do not use sustainable, environmentally friendly food production methods.”

In response to these initiatives, the federal parliament adopted a package of amendments to legislation aimed at halving the use of herbicides in agriculture by 2027, including the implementation of a package of further, albeit not so radical, measures to provide the country with high-quality drinking water.

These initiatives, as well as the parliamentary counter-project, emerged amid growing public concern about the amount of pesticides used in food production in Switzerland (the excitement is fueled by propaganda on social media), as well as against the backdrop of massive reports of allegedly high levels of groundwater pollution in Switzerland. Switzerland with chemicals.

Who is behind these initiatives?

Both initiatives were launched by two civic committees with no direct ties to any particular political party, but with a strong leftist character. The initiatives were registered back in 2018; 113 979 and 121 307 citizens, respectively, signed them. The ‘Against Synthetic Pesticides’ Initiative is considered more radical than the ‘Drinking Water Initiative’.

Headquartered in the French-speaking (Welsh) part of Switzerland, the “Anti-Pesticide CommitteeExternal Link” is composed primarily of academics and lawyers, but also practicing farmers. All of them emphasize their personal concern about the risks to human health and the environment arising from the use of synthetic pesticides.

The initiative group behind the Drinking Water InitiativeExternal link consists of seven women and one man. The committee is chaired by Franziska Herren, a former gym owner. Its political radicalization began with the issue of healthy food, and its practical political career began in the German-speaking part of the country at the municipal level.

At first she fought nuclear energy, but then “found herself” in the field of political issues related to health and agriculture. As a result, she turned into a political activist who once decided to use the instruments of direct democracy available in the country in order to promote her ideology.

What are the main arguments for these initiatives?

Both committees are independently calling for a radical reform of the country’s entire agrarian policy. Agricultural production must be completely free from “toxic chemicals”, it must “move to sustainable and animal-friendly food production standards.”

Switzerland’s intensive industrial agriculture, which receives an annual budget subsidy of 3.5 billion francs, “poses a serious threat to public health and biodiversity”. These subsidies “indirectly encourage farmers to massively use pesticides, antibiotics and imported feed”, all with the goal of “increasing production.”
“Excess” thousands of tons of nitrogen and phosphorus, which are part of chemical fertilizers, pollute soil and groundwater, destroy ecosystems of forests, rivers, fields and gardens, increasing the risk of serious diseases among the population.

Proponents of the second “water initiative” also strongly criticize the lack of effective measures to reduce the use of pesticides and argue that if their proposal is accepted, “Switzerland will lead the world” as the first country to make the ecological turn in agriculture.

Opponents of the initiatives say that the goals they have set are completely unrealistic, and their implementation will lead to an increase in the cost of production, and therefore to a rise in the already sky-high retail Swiss food prices.
Avoiding pesticides would mean the loss of thousands of jobs in agriculture and quality food production. Switzerland, moreover, will no longer be able to maintain the current level of food production and the corresponding hygiene standards in the event of a positive vote of the people. This means that the volume of food imports will also grow.

The initiatives will hinder the intensification of scientific research in the field of modern fertilizers, while the proposed ban on the import of food produced with synthetic pesticides would lead to Switzerland in violation of the provisions of a number of international trade agreements.
The initiatives are not only too radical, but they are also completely redundant, given that the agricultural sector itself, as well as parliament and government, have already taken a number of measures to protect people and the environment from the harmful effects of pesticides.

All this has already led to the use of much more “natural” methods of food production in the country’s agriculture, including more effective soil protection. Pesticide sales in Switzerland have dropped in recent years, and Switzerland is already known for its high quality drinking water. The quality of the tap water is equal to the mineral water from the store.

And why on earth should the people decide what agriculture should be like?

The government and officials always know everything better! So? Well no! Under the Swiss system of direct democracy, citizens can, and most importantly, want to independently initiate amendments to the federal constitution and propose bills. To do this, the initiators are required to collect at least 100,000 valid signatures of citizens each time within 18 months.

To date, since the appearance of this instrument of direct democracy in Switzerland in 1891, only 220 such popular initiatives have been submitted to the people’s judgment, of which 23 initiatives, or a little more than ten percent, have been accepted. These two initiatives are the latest in a series of proposals put forward in recent years to reform Swiss agrarian policy.

These include initiatives to promote “ethical food production” and the development of local agricultural production, proposals to introduce a constitutional article postulating the goal of achieving national self-sufficiency in food production, and the idea to ban financial speculation in agricultural trade. The cow horns initiative has attracted particular international attention.
However, of all these proposals, voters approved only a constitutional amendment on food security. It happened in September 2017. This suggests that the democratic “freeman”, which is so feared not only by politicians and officials, but also by many citizens, is always balanced by the common sense of people who understand that freedom is also personal responsibility for their own decisions. Several other rural initiatives are still awaiting their vote. Among them is an initiative aimed at banning conveyor belt farming.

Other initiatives are related to biodiversity and land cadastral management. They are also quite capable of influencing the agricultural sector. The country’s government recently presented a plan to financially incentivize sustainable farming, biodiversity projects and humane animal husbandry, but parliament (leftist, feminine, and environmental) suspended all of these Federal Council plans.